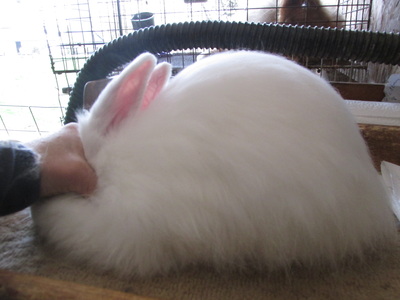 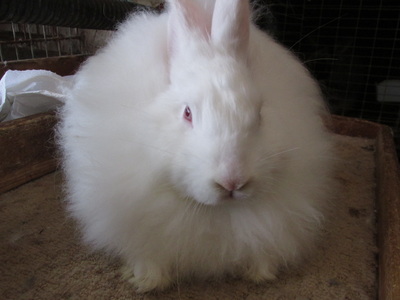 The french angora has the body of a commercial meat rabbit with the added bonus of lovely wool. This is a true dual purpose animal. Frenchies shed their wool in the 3-5 inch long stage about every four months. It must be plucked out as it loosens or clipped. When clipping, one must be cautious not to nip off the tips of the new coat growing it.

French angora is the only breed of angora that can be shown in the broken color class. This breed was instrumental in the development of the satin angora. Satin angoras first started as a mutation in a non-angora litter, but then later, breed developers crossed the French to the Satin meat rabbits, then breed the hybrids to themselves to further develop the satin angora. Over time, the satin angora was recognized as a separate breed and admitted into the ARBA Standard of Perfection.

Frenchies do not have face trimmings. It is acceptable to have tufts of longer wool on the tips of the ears only. There also should be no wool in the front feet. 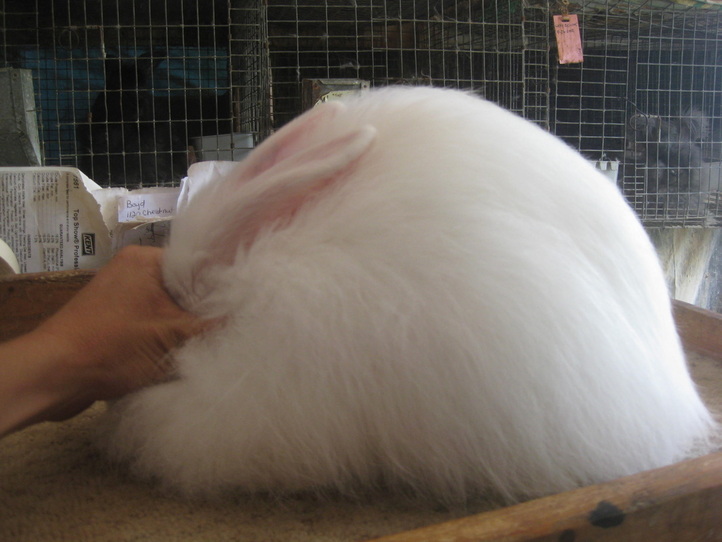 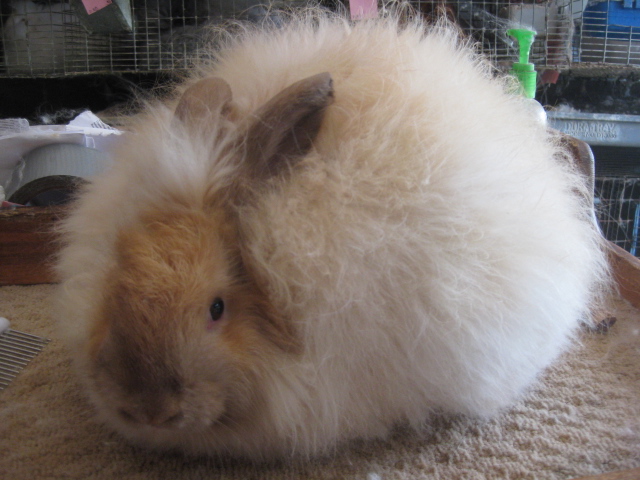 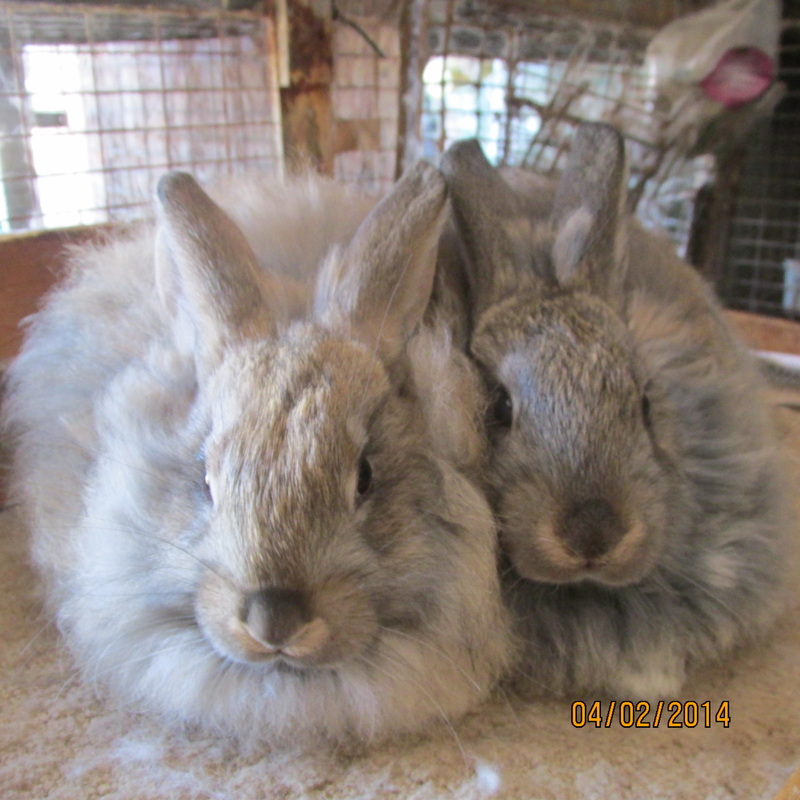 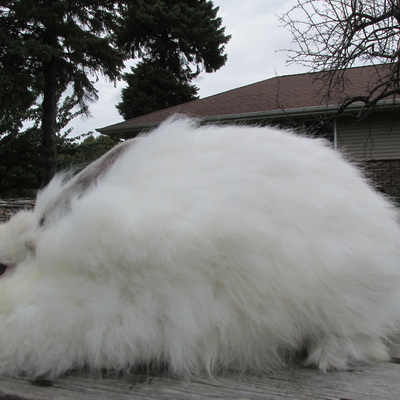 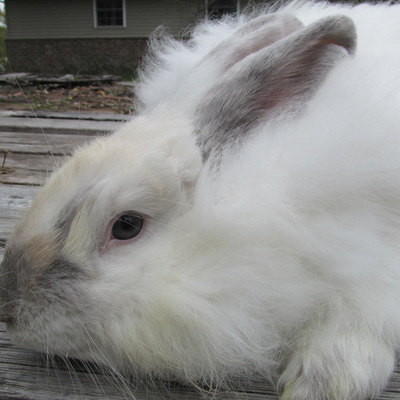 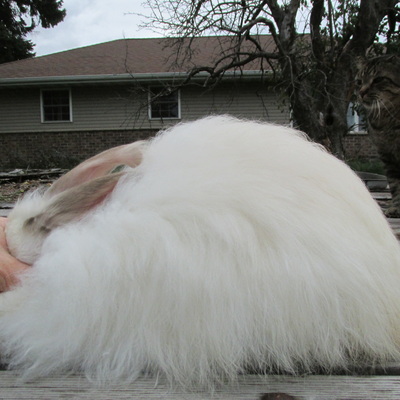 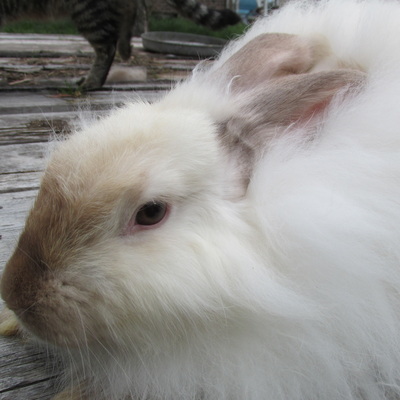 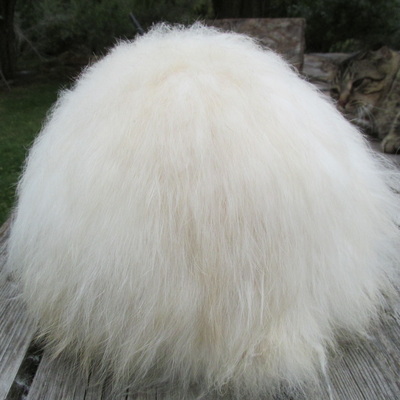 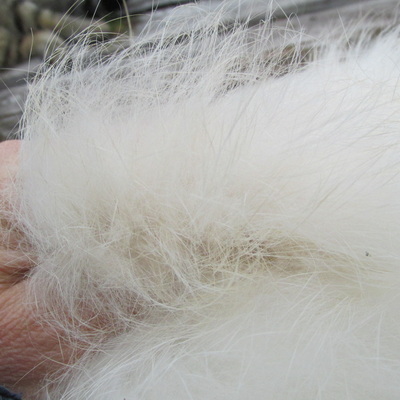